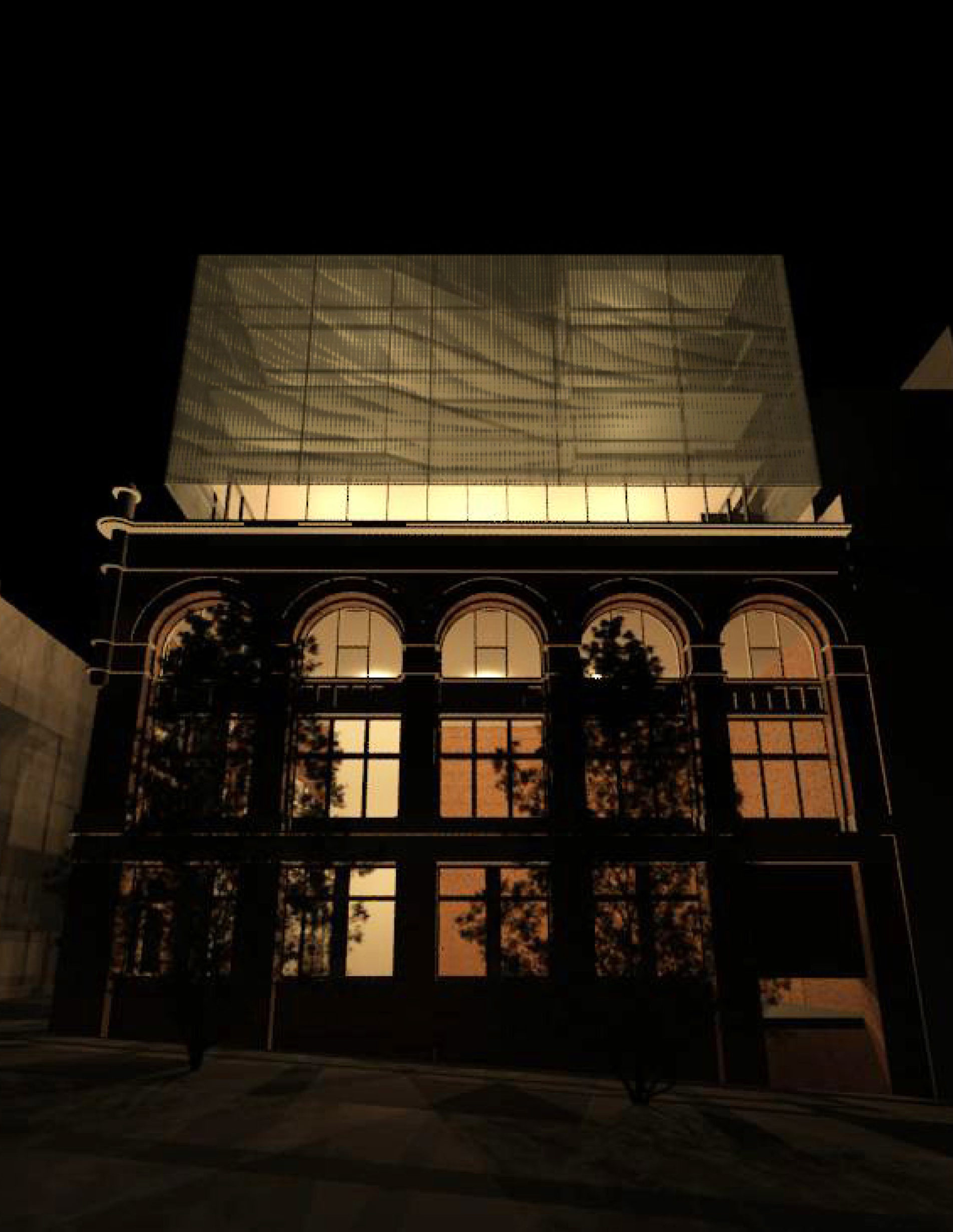 The historic ‘Ivy’ building is located on the corner of Russell Street and Flinders Lane, Melbourne. An unbuilt project, which was won in competition by Robert Simeoni Architects, proposed a new four storey addition consisting of commercial office space wrapped in a curtain like façade, to sit above the original neoclassical brick building.

The idea of the floating curtain wrapped around the addition is central to the proposal. It provides a lightweight, sensory and ephemeral counterpoint to the solid, grounded brick building. An open balcony serves to articulate the two volumes and gives the new addition a sense that it is floating above its base.

The curtain façade provides differing levels of transparency and diffuse lighting internally while allowing the building to be illuminated from within. Its appearance, ranging from opaque to transparent, responds to the location of the viewer and to the daily variations in the ambient light conditions.

This approach endeavoured to respect the heritage fabric of the original building by utilising contrast and separation, rather than by attempting to replicate its existing rhythms and forms.