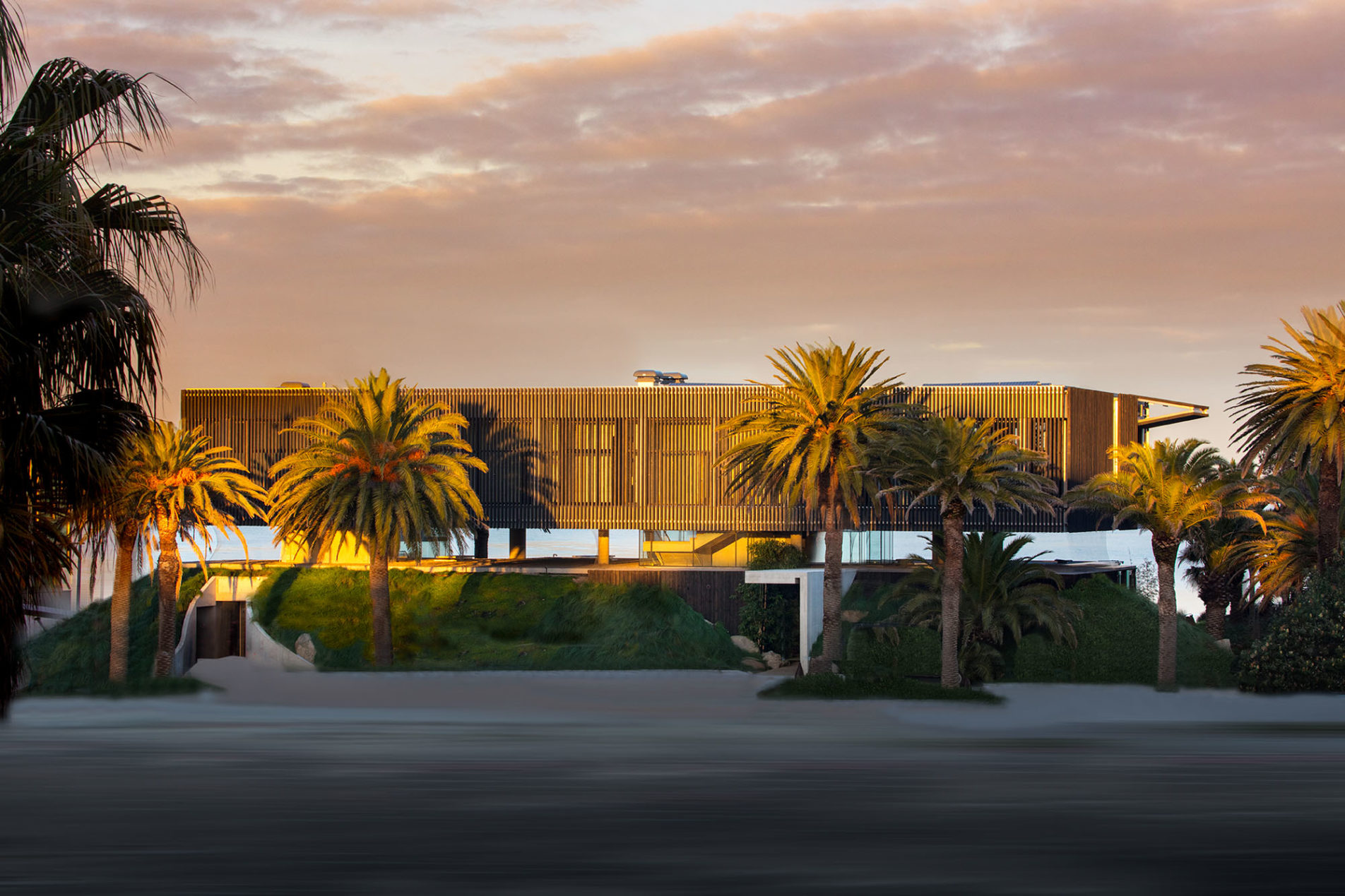 After fire destroyed the previous Stokehouse Restaurant on the St Kilda foreshore, a limited competition was held for the design of its replacement, on the same site.

The building’s frontage to Jacka Boulevard, with its lower floor restaurant, was largely “buried” behind the reconstructed dunes, which also serve to integrate the new structure with the reconstructed landscape of its foreshore location.

The internal spaces were arranged to face the water, with extensive glazing to capture views to the beach and beyond. The beach side of the building was further activated by locating external decks and terraces and a take-away kiosk to this side of the building.

Timber and off-form concrete are the dominant external materials, with the perimeter of the first floor screened in blackened vertical timber slats, sections of which are mechanically operable, providing the option of screening to the first-floor fenestration when required.

The building features a number of ESD initiatives, including the use of Geothermal energy for the mechanical services.