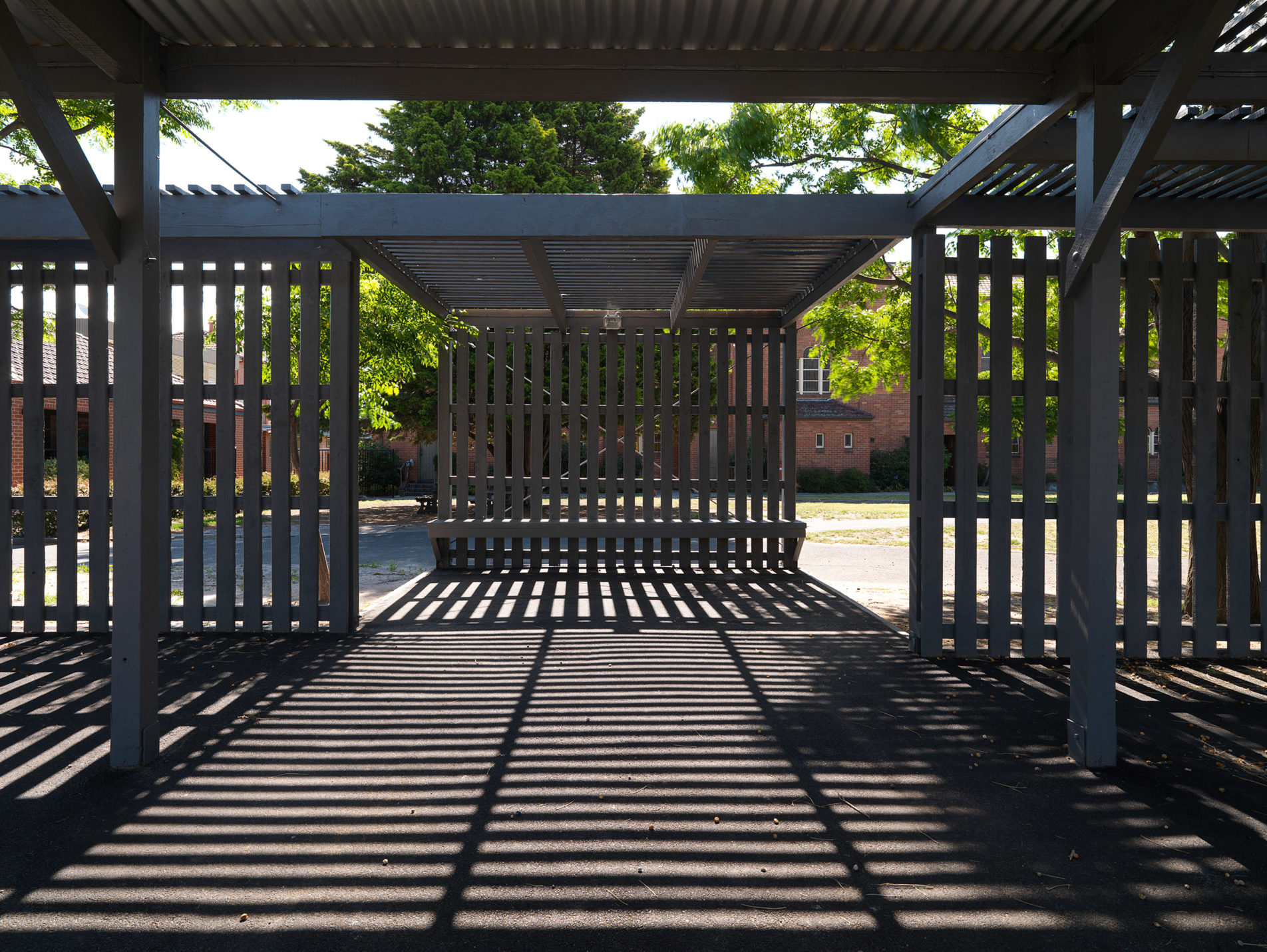 A playground master plan was undertaken for St. Anthony’s Primary School in Alphington to propose the distribution of a series of new sun shelters across the primary school playground. The value of the existing shelters was keenly felt and a decision was made to utilise and renovate the ‘shelter sheds’ in favour of replacing them with completely new structures.

The existing shelters were essentially composed of a simple roof over a paling fence enclosure, creating a physical and visual barrier. This observation combined with a desire to ‘open out’ the structure led to further thoughts about boundaries and fences.

An economical solution sought to utilise the familiar paling fence allowing for every second paling to be removed, thus providing sight lines through and allowing for interaction between the areas within and around the shelters. The interplay of light and shadow through the structure and existing trees within the space further create a dynamic and lively area for children to gather, sit down or run through.