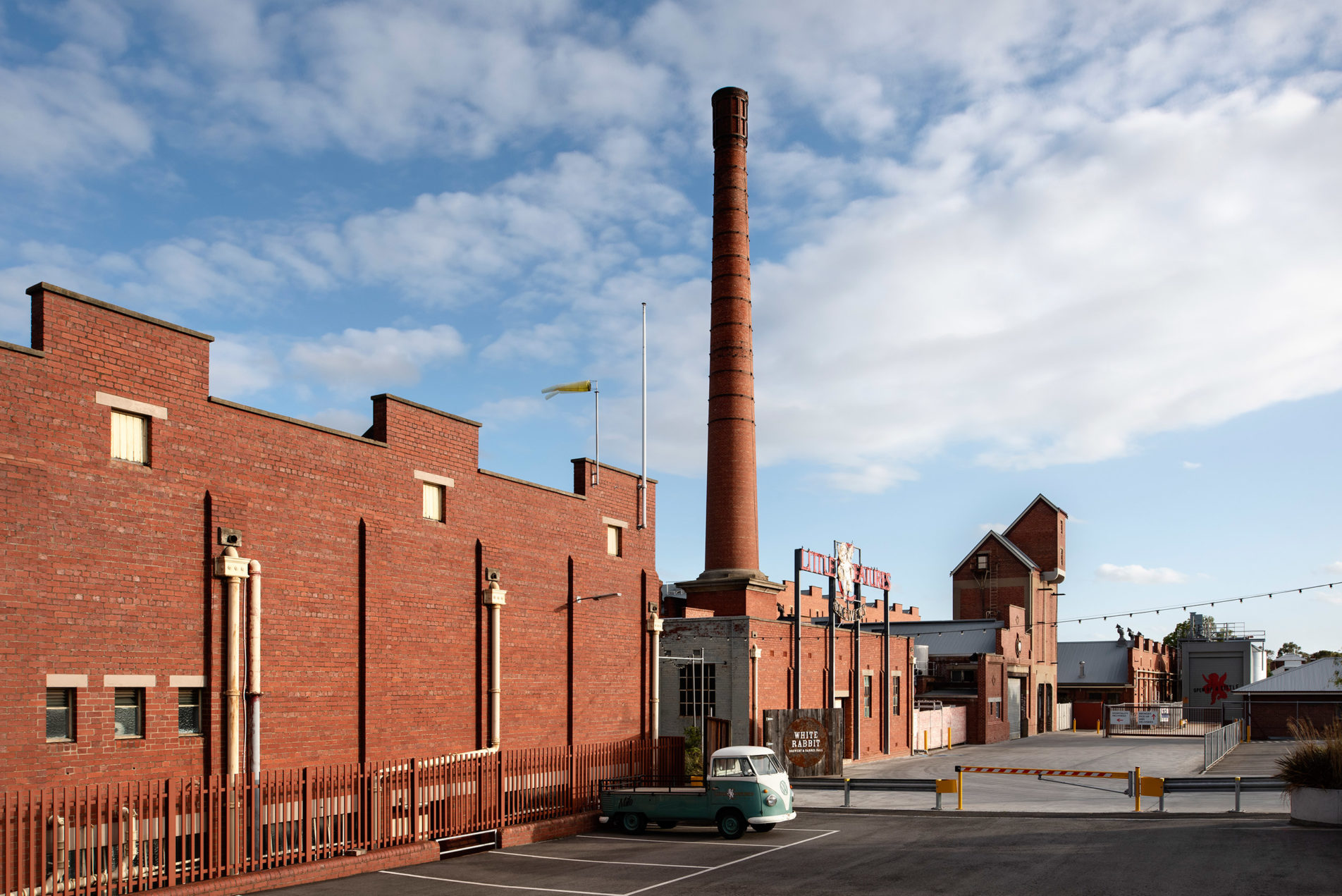 Little Creatures Brewery established its east coast base in 2012 taking over the historic textile mill, The Valley Worsted Mills, in the industrial area of South Geelong. The new premises enabled the brewery to expand its facilities from Fremantle in Western Australia and to breathe new life into the five former wool store buildings constructed with distinctive red Geelong brick.

The architectural intention was to restore and expose the structure and character of the heritage listed mill, built in 1924. New associated administration and hospitality areas were defined while still allowing the structure and materiality of the original buildings to show through. The historic red brick walls provide a striking backdrop to the different uses throughout the site with the saw tooth roof structure allowing light into the new spaces.

Planning of the complex took place within a heritage framework, and involved working closely with the local Council to achieve an outcome which respected the heritage values of the original buildings, while accommodating a technically complex production process. The works provided a backdrop for new bars and restaurants to open within the site which have become a drawcard for the local community and visitors to Geelong.