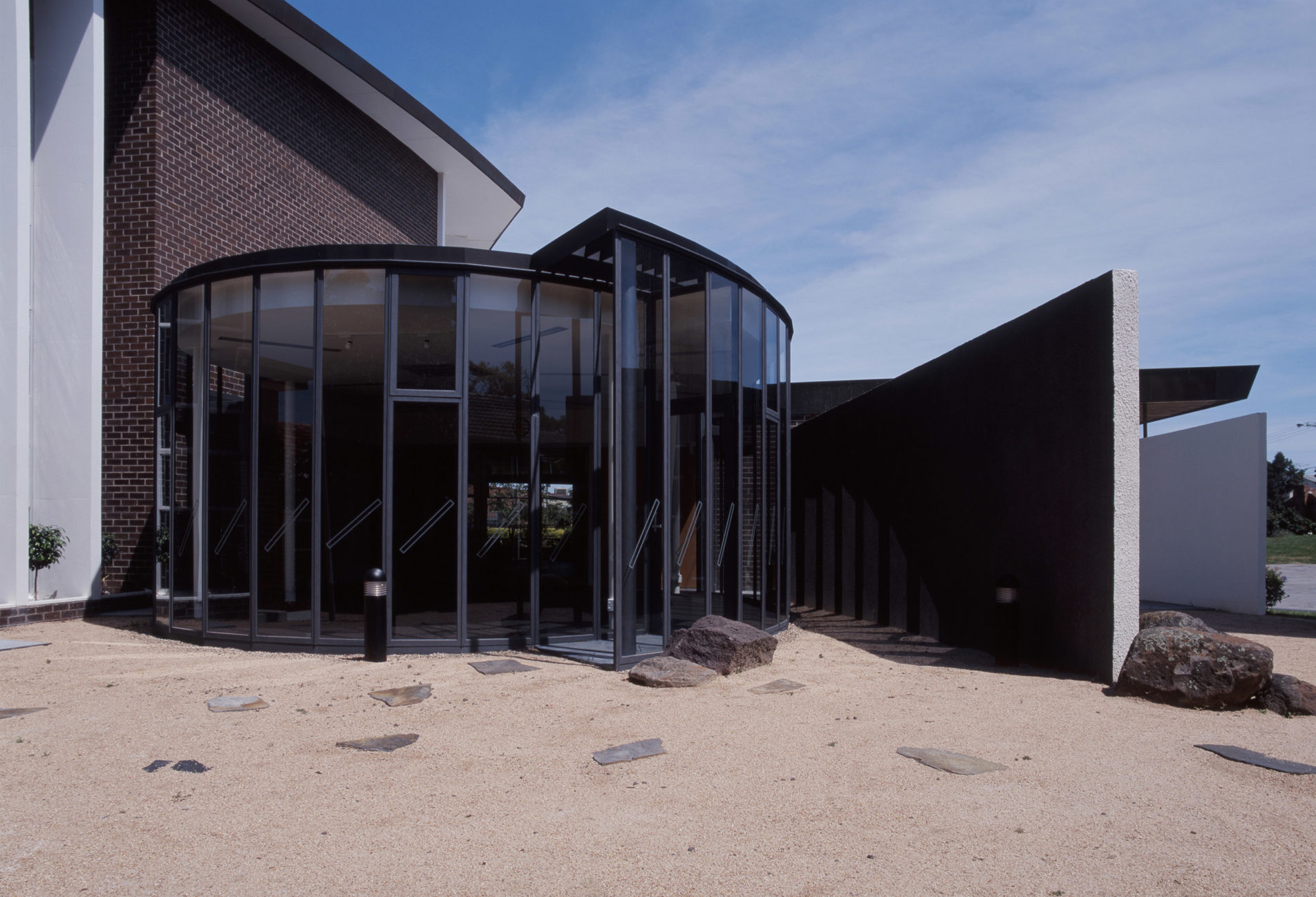 This project involved an addition and general alterations to Holy Name Church, an existing church originally built in 1964. The foremost requirement was a new multifunctional space to compliment the solemnity of the existing worship spaces.

The new addition was conceived as an ensemble of building elements and spaces, incorporating ideas of screening and spatial layering. The form of the addition was designed as two curved glass walls, which envelope and ‘protect’ the space within. The relatively small size of the project required careful detailing to achieve a simplicity within a somewhat complex geometric composition.

A large window to the south and the new north facing addition brought light into the entrance, whilst allowing the narthex to remain as a solemn transitional space between the exterior and interior. The new roof is deliberately detailed and hidden to emphasise the presence of the screens.