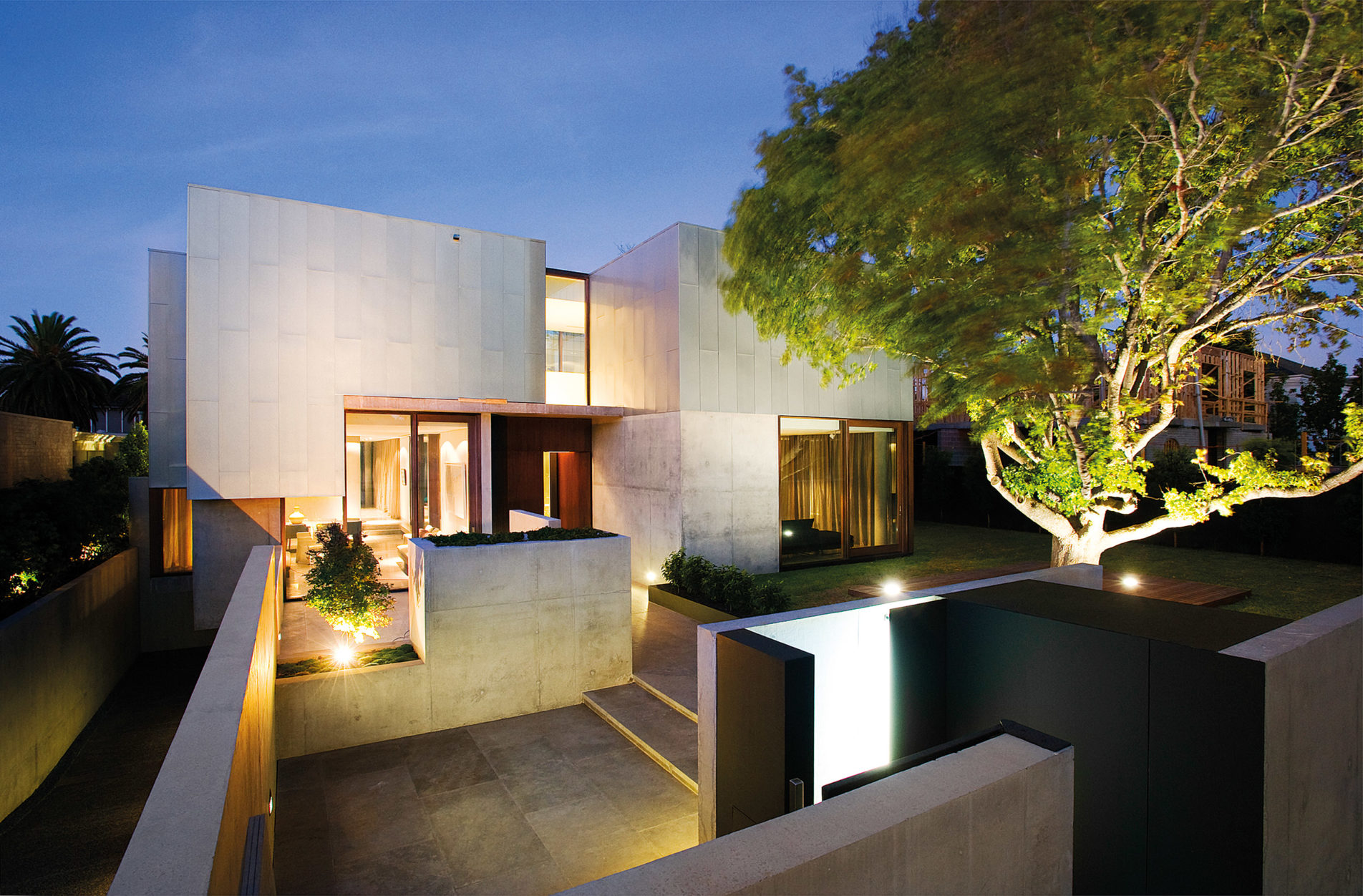 Mulgoa Street house is located on a flat and wide suburban site in Brighton. The site itself informed the design of a house largely enclosed from side boundaries. The house opens itself up to a central north facing courtyard, an intermediate outdoor space, bringing in glimpses of sky and creating a layered series of views through the house.

This courtyard was conceived as an empty space to look through or down into rather than to occupy, a canopy hovering above partly encloses and shelters the space. Halfway between the courtyard and backyard there is a place for the family to gather for meals in the open air. Clear, bright sun streams past the canopy in contrast against the deep shade, reminiscent of the light that streams past porches of old colonial buildings.

The house also explores a sense of the incomplete. The building is viewed as an archaeological set of structures, made of pre-cast and in-situ concrete that are built over, around and then strategically revealed. Contradictory terms of scale are negotiated to address intimacy in an otherwise expansive program. The building is composed to encourage an ambiguity of appearance between it as a multiple or a singular object and between open space and the singularity of the room.