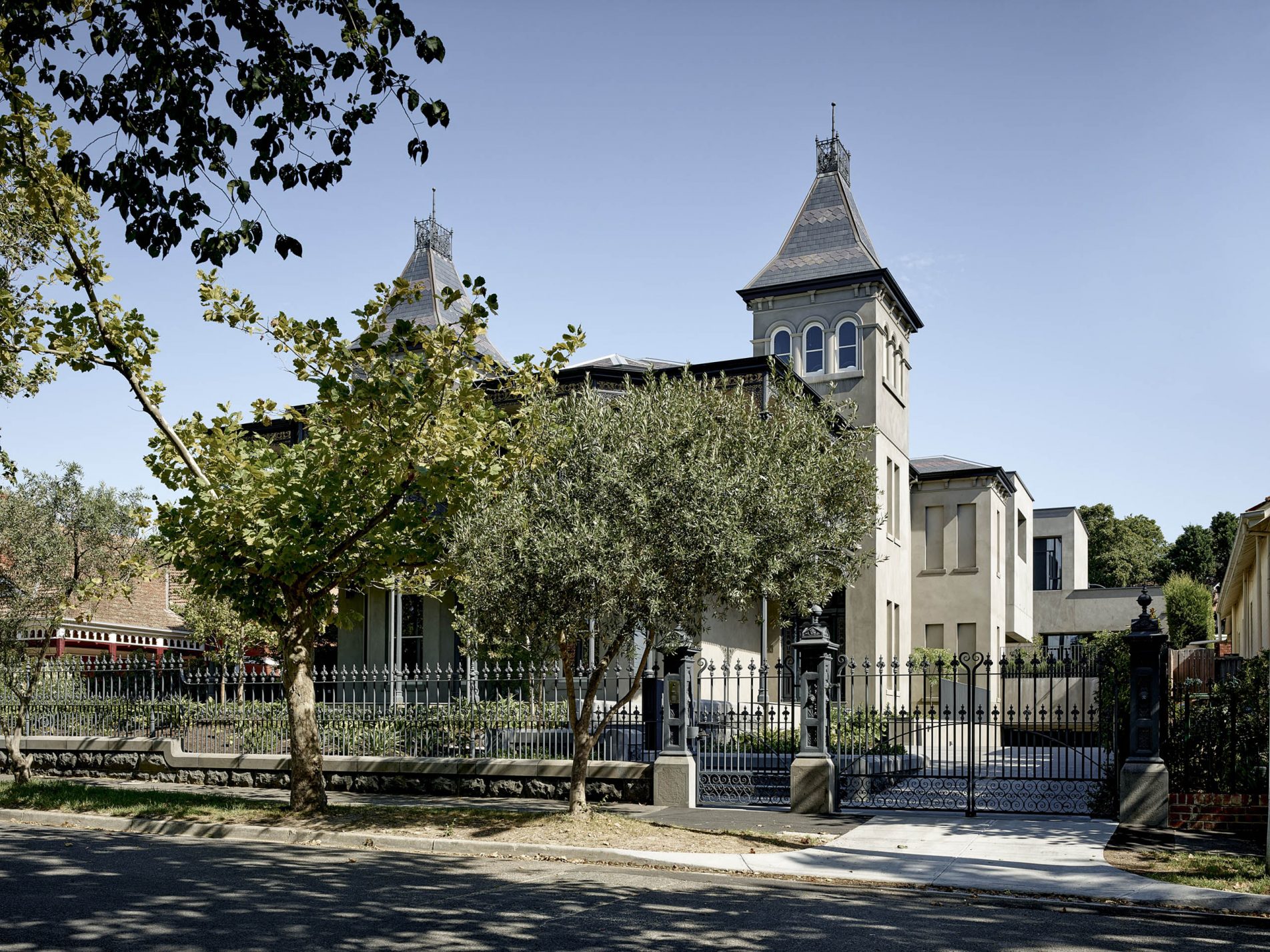 This house was originally built in the late 19th Century and then significantly altered in the 1990s. We were keen to re-use as much of the existing structure as possible whilst creating a renewed purpose to the overall sense of space, and the house as a whole.

The plans were significantly altered to suit the requirements of our client, retaining the more formal section of the house, with new casual living areas and kitchen added to the rear, separated by a large east facing courtyard. This courtyard was designed to create a deliberately deep and double level volume allowing the new and old sections to borrow from it. It was sought to temper strong light to the interior and adopted the use of the cloister as a mediating outdoor element.

An existing basement was enlarged, and a ramp added to provide for vehicular access and storage.
The first floor is composed of bedroom spaces, ensuite bathrooms and a laundry. A long first floor gallery separates a primary bedroom suite and children’s area, and has deep inset windows so as to create an almost suspended sense of the glazing when viewed from the major courtyard.

Traditional cement render was chosen for its naturalness and softness, and to continue over the existing structure – retaining the sense of the ‘original’ to the street and allowing a shadowy ambiguity to be glimpsed toward the rear.