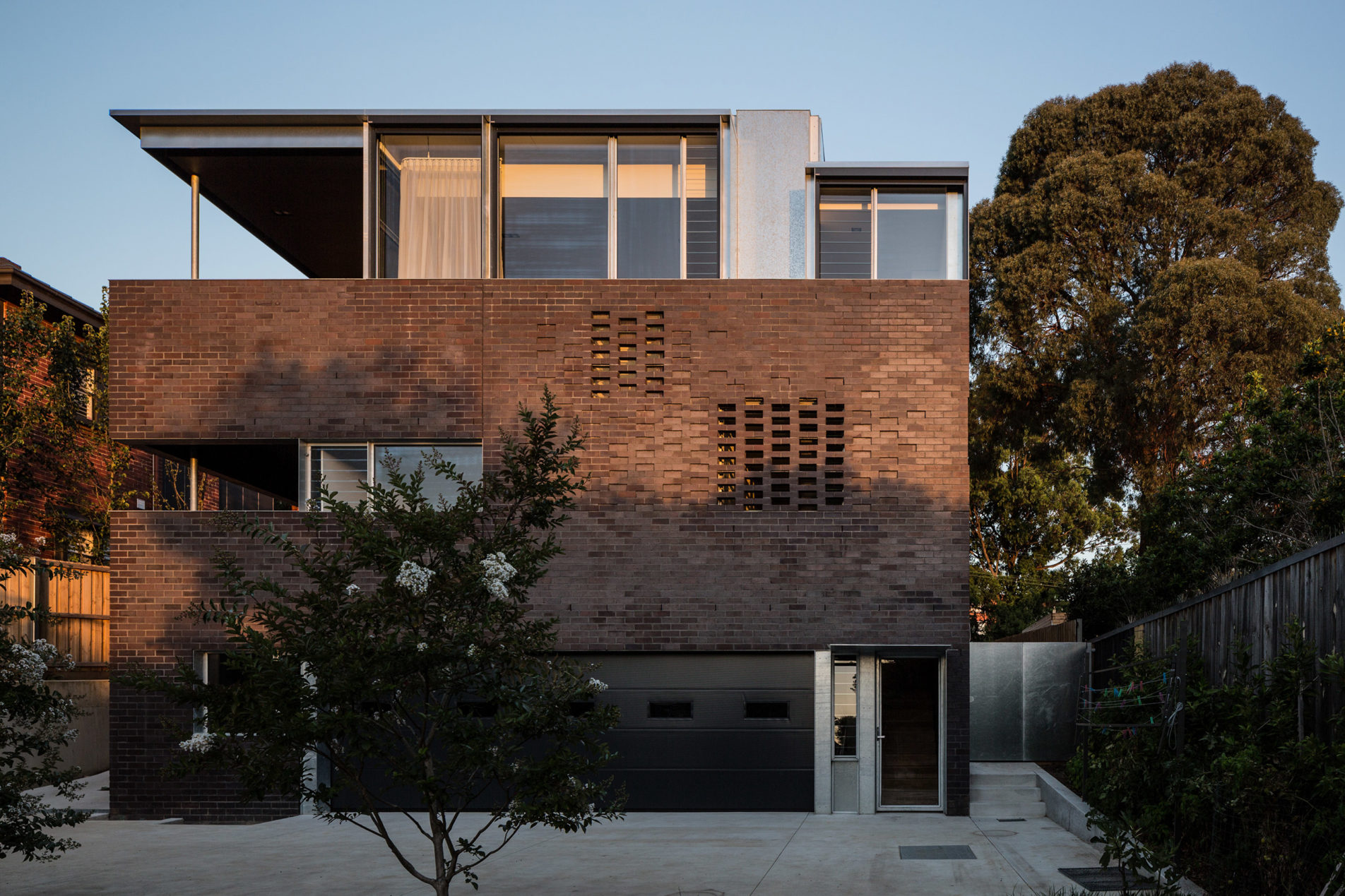 Hawthorn House is situated on a sloping site that falls away to the west, with engaging views of the city and its surrounds from across the Yarra River. The project is located in an area where brick is a predominant feature, with numerous Federation and inter-war era houses and post war apartment blocks.

The masonry skin creates a requisite sense of weight that relates to the scale of the neighbouring buildings. It is interrupted at points by deep incisions and a dynamic sense of surface. Indented brick patterning and hit and miss brickwork screens challenge impressions of solidity.

The plan has been designed with a sense of fluidity and interconnectivity. Whilst there are many quiet spaces to retreat to, a sense of visual connections through the house and with other inhabitants has been deeply considered.

The textured brick building folds around a glazed central courtyard, creating a series of internal spaces that are visually connected, and sheltered from the street without feeling isolated from it. Glazing and steel act as a counterpoint to the brick, bringing a lightness to the composition in terms of both materiality and detailing, opening the house to city views across the Yarra River.